Submit this as a PDF on Learning Suite. You can use whatever you want to make your drawings, including Gravit Designer, Desmos, Adobe Illustrator, Excel, PowerPoint, Microsoft Paint, or photographed/scanned pen and paper.

Cite your sources and show your work.

The distribution of incomes in Pawnee, Eagleton, and The Good Place follows the Lorenz curves plotted below, with the following Gini coefficients: 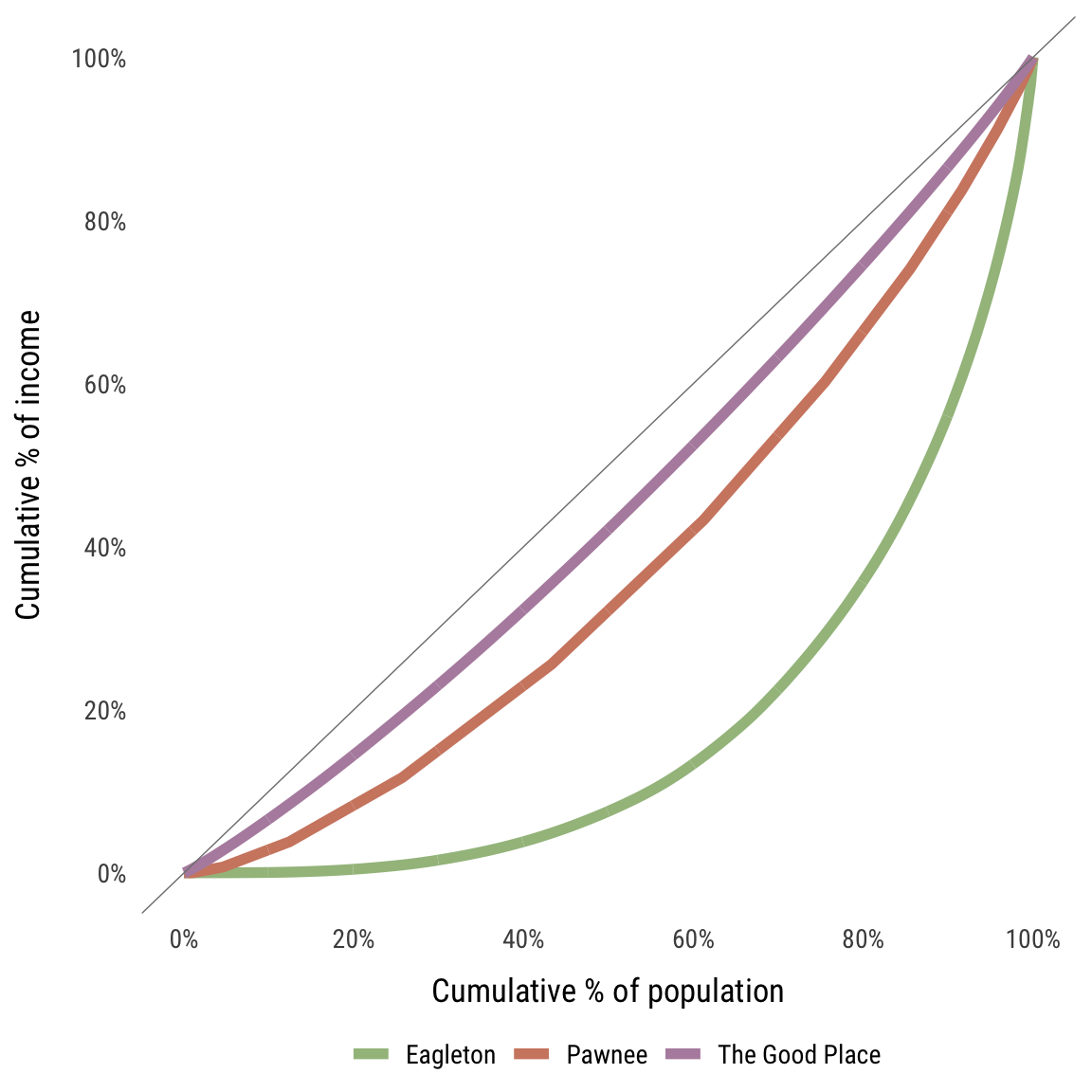 Which city has the most equally distributed income? Which has the least? How do you know? What are the possible implications of the income distributions in each of the cities? Discuss in ≈60 words

Think of two public or nonprofit sector jobs. In each case, describe why the employment contract is necessarily incomplete. What important parts of the person’s job—things that the employer would like to see the employee do or not do—cannot be covered in a contract, or if they are, cannot be enforced? Discuss in ≈75 words.

Consider the following income distribution in a 10-person society:

Draw the Lorenz curve for the society and calculate the Gini coefficient.

Most cocaine is sold illegally to recreational users.Don’t do drugs, y’all. Follow the Word of Wisdom.

The cocaine sold on the street is not pure, but rather heavily diluted with other substances. Buyers are not able to determine the purity of the cocaine being offered for sale until they actually use it, and even then will be uncertain.

The British Road Safety Act of 1967 created a mandatory penalty for drunken driving—those convicted of a DUI lost their licenses for one year. Several insurance companies began offering policies that insured against loss of license. Policyholders were guaranteed a chauffeur-driven vehicle if they were convicted of DUI.

It is reasonable to predict that people who chose to buy this insurance would subsequently have a higher rate of DUI arrests than those who did not buy the insurance.

Provide an alternative explanation of why this company would offer such a deal. Hint: think about the company’s self interest and problems with asymmetric information. Discuss in ≈50 words.

In each of these situations, explain who is the principal, who is the agent, and what aspects of their interaction are of interest to each and are not covered by a complete contract.

For each of these siutations, predict a few possible consequences if the contract is poorly defined. 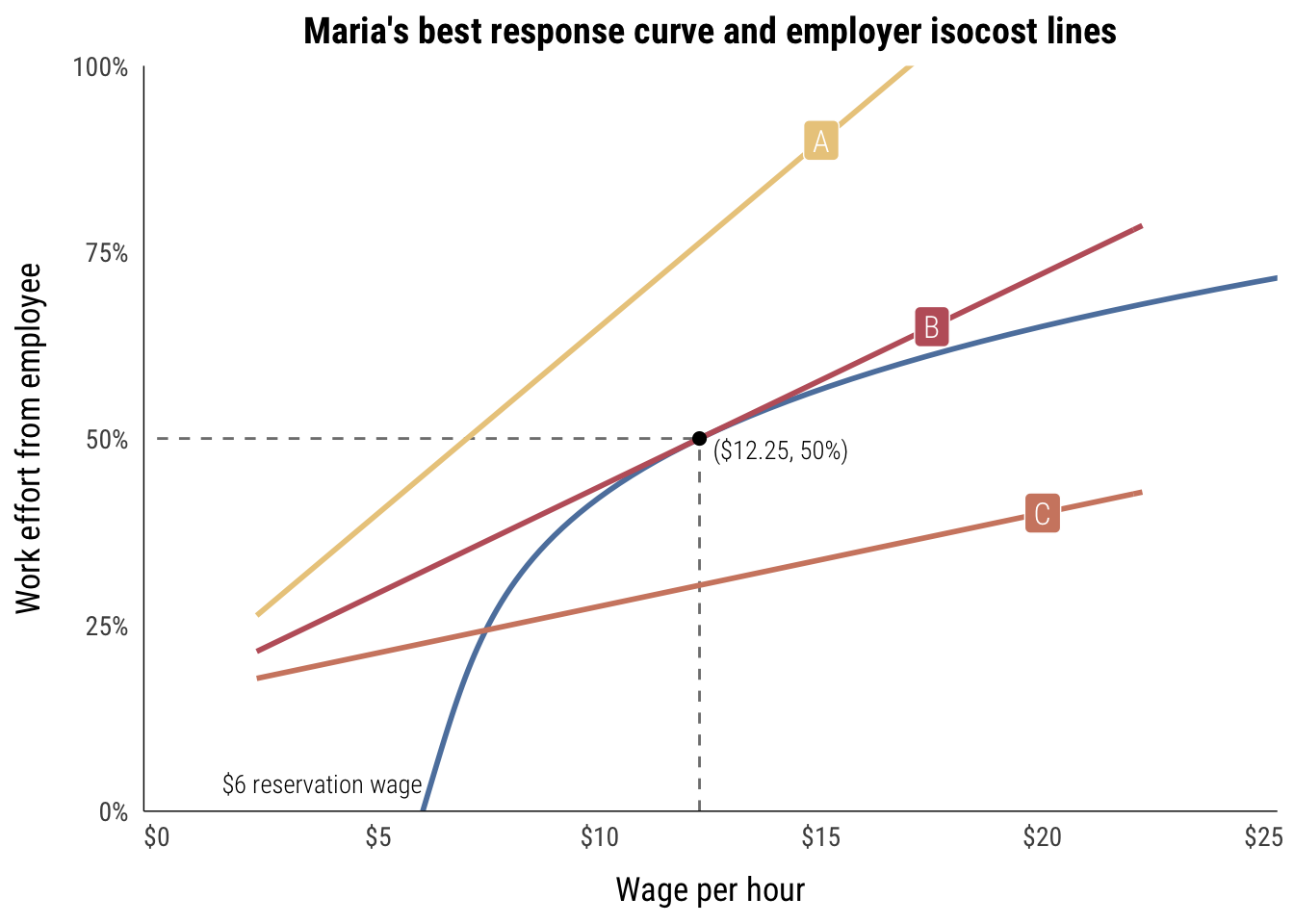 Would any of the following affect Maria’s best response curve or the firm’s isocost lines for effort in the figure above? If so, explain how (≈20 words each).